Tyrolean baritone Wolfgang Stefan Schwaiger has been a member of the Cologne Opera ensemble since 2016, where he sings roles such as the Hoopoe in Braunfels’ “Die Vögel”, Dandini in “La Cenerentola”, Papageno in “Die Zauberflöte”, Der Heger in “Rusalka” and Figaro in Rossini’s “Il barbiere di Siviglia”. In the current season he can also be seen as the baritone soloist in the Brahms Requiem at the Opera Vlaanderen. He also frequently sings recitals, including “Die schöne Müllerin” with Barbara Moser at the piano and concerts of oratorios and orchestral songs.

In recent years, the young baritone has made guest appearances as Giove in “La Calisto” at the Teatro Real in Madrid, as Maximilian in Bernstein’s “Candide” at the Hanover State Opera, as Marullo in Verdi’s “Rigoletto”, as Moralès in Bizet’s “Carmen” and with Ravel’s Don Chichotte Lieder in an orchestral concert at the Bregenz Festival in Austria and as Figaro in “Il Barbiere di Siviglia” at the Staatstheater Darmstadt.

At the Cologne Opera, where Wolfgang Stefan Schwaiger was already a member of the Opera Studio from 2014-16, he developed a broad repertoire: Count Dominik in Arabella by Richard Strauss, the title role in Purcell’s “King Arthur” in a version for children, Freddy in “My Fair Lady”, Ping in “Turandot”, Schaunard in “La bohème”, Hans Scholl in “The White Rose”, Falke in “Die Fledermaus”, Ned Keene in “Peter Grimes”, Lescaut in Massenet’s “Manon”, Valentin in Gounod’s Faust, or Frank /Fritz in the live streamed performance of Korngold’s “Die tote Stadt”.

During his studies, the young singer already gained a lot of stage experience: in 2011 he sang in a production of the Vienna Taschenoper and the Graz Opera. At the Schönbrunn Palace Theatre in 2012-14 he appeared on stage as Conte di Almaviva in Mozart’s “Le Nozze di Figaro”, as Frank and Falke in J. Strauss’ “Fledermaus” and in the title role of Mozart’s “Don Giovanni”, a role with which he also attracted attention in the opera studio of the Bregenz Festival in summer 2016.

Wolfgang Stefan Schwaiger was awarded with prices of  numerous competitions at a very early age, including the Brahms Competition in Pörtschach, “Gradus ad parnassum (2011), Musica Juventutis in the Vienna Konzerthaus, he won the 2nd place in the International Ferrucio Tagliavini Competition, was a finalist in the 1st Otto Edelmann Competition, Lauréat of the Festival “Juventus” in Cambrais/France (2013) and he won the Tyrolean Singers Award (2018).

Born in Innsbruck in 1991, the young baritone received a varied musical education as a child (recorder, trumpet, piano) and was a member of the Wilten Boys’ Choir, where he soon became an alto soloist. From 2010-2014 he studied at the Vienna University of Music MDW with Prof. Karlheinz Hanser; in 2019 he also successfully completed his master’s degree in Lied and Oratorio with Florian Bösch. 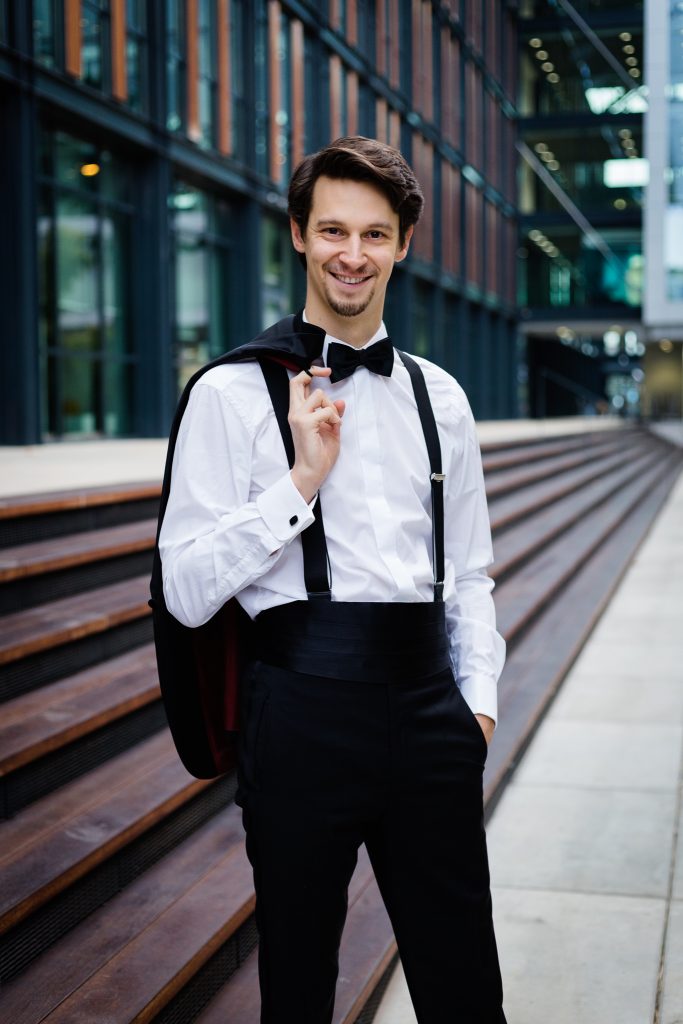 Please select an option. You can find more information about the consequences of your choice at Help. Privacy Policy | Impressum

Select an option to continue

Your selection was saved!

To continue, you must make a cookie selection. Below is an explanation of the different options and their meaning.